Ruth Lampi has been writing since she could first articulate the adventures of her imaginary friends, and drawing since she could grip a crayon.  She earned a BFA in Fine Art from Moore College of Art and Design, where she created figurative and architectural sculptures in clay, paper, wax, and welded steel.  After graduation she continued to work with clay, and traveled the nation with money from the Von Hess fellowship, meeting potters and visiting the breathtaking landscapes of the American West and Southwest, whose lines and colors influenced her visual style.

Ruth is both a published writer and illustrator. Her illustration credits include character portraits for White Silver Publishing’s Chronicles of Ramlar, interior art for Machine Age Productions’ Maschine Zeit and Amaranthine, and for the two BadAss Fairies anthologies.  For Goodman Games, she has written several adventure modules and co-authored Heroes’ Handbook: Eladrin.  Most recently, her writing has appeared in Foreshadows: The Ghost of Zero.

Ruth’s artwork can also be found on deviantArt and ruthlampi.com, or you could send her an email.

Jessica Van Oort is a writer, editor, dancer, teacher, and researcher.  She has a BA in dance from Hope College and an Ed. M and a Ph. D from Temple University, where she taught in the Boyer College of Music and Dance.  She researches performance styles from throughout history, including Baroque court dance, the sacred performances of medieval nuns and beguines, and early twentieth century social dance forms like the Charleston and the Lindy Hop.

Jessica has written for such varied publications as the scholarly journal Dance Chronicle, Goodman Games’ Hero’s Handbook: Eladrin, and Foreshadows: The Ghosts of Zero.  She does professional editing for both fiction and non-fiction.  She reads and translates Latin and Middle High German as well as modern German, and is also a costumer. 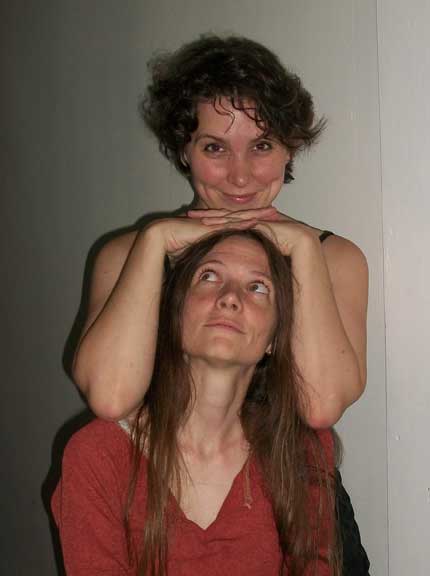 Ruth and Jessica grew up in rural Wisconsin, and have been writing together since they were the age of the characters in the Blackfeather Chronicles.  Ruth invented the prototypes of the Blackfeather children and their friends when she was thirteen.  Together, Ruth and Jessica directed and acted in a play, wrote and/or outlined an unlikely number of novels, and indulged in a great deal of cartography, world building and costume design.  Today they reside in Vermont and continue with these pursuits while also living a nomadic existence as vendors at anime, sci-fi and fantasy conventions.

The worlds you’ll find imagined here are our own, but are influenced by what we love.   In no particular order, some of our favorite writers are Dorothy L. Sayers, Lloyd Alexander, Lois McMaster Bujold, Patricia McKillip, Madeline L’Engle, Ursula Le Guin, and of course C. S. Lewis and J. R. R. Tolkien.  Ruth confesses a childhood love of Astrid Lindgren and Carol Ryrie Brink, and Jessica fondly remembers Brian Jacques’ Redwall books and Joan Aiken’s Midnight is a Place.  Ruth’s artistic influences include Caspar David Friedrich, Alan Lee, and Howard Pyle, but most especially the fairy tale illustrations of Trina Schart Hyman.

Together the two of us have accumulated many worlds to share.

3 Responses to About The Authors