Okay, after six conventions in a row and with the everybody in the house down sick, with three more conventions in the next three weeks, I’m going to need a short break.

There will be more chapters soon.  I won’t stop writing, and hopefully the weekly schedule will resume in a week or two.  I’m aiming for sooner rather than later.  Ultimately though, there will be no chapter half this week.  Even if I can’t have the chapter I want up next week, there will be something here to help make the visit worthwhile.  For this week, here is the art collage that I made the Corin screen print hoodies from. 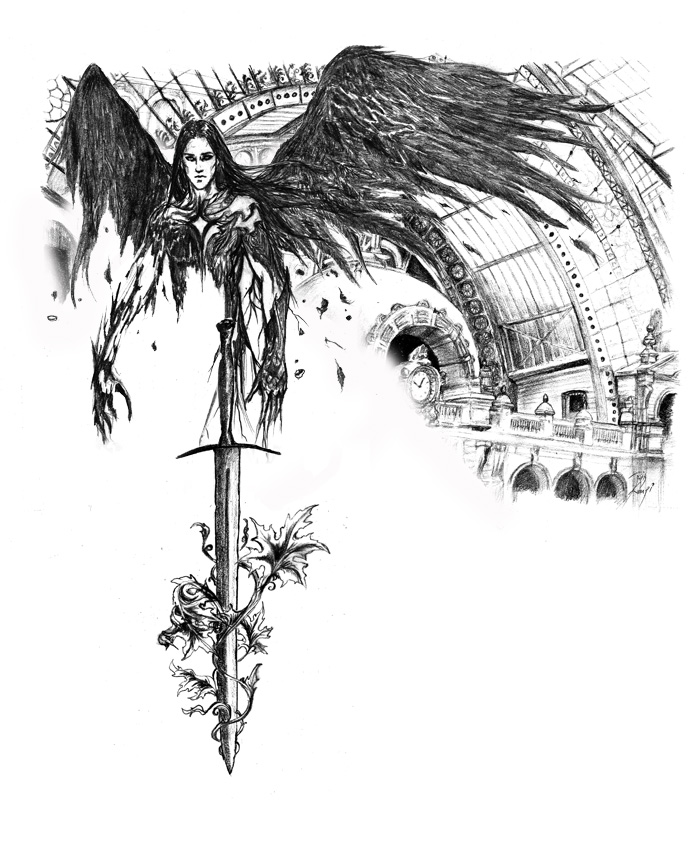 This entry was posted in News. Bookmark the permalink.

2 Responses to The Dreaded Hiatus